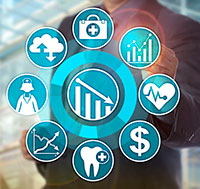 “David has proven abilities to manage and communicate among people with diverse goals and viewpoints. He is a highly qualified individual with a broad range of experience in various public health capacities. I am confident that he will serve the Commission well and bring credit upon himself and the department,” stated a Commission member.

David brings with him 29 years of public health experience including his early employment as a Senior Sanitary Inspector with the Middletown Township Health Department and later as Health Officer with the Montgomery Township Health Department. Since May 2004, he was employed as the Health Officer for the Princeton Regional Health Department where he was responsible for all aspects of public and environmental health services in a multi-municipal environment. As chief administrative officer he supervised staff and reported to local government as well as frequent interactions with the State Department of Health, other local health departments and a wide range of other agencies and organizations.

His interpersonal skills were widely recognized as superior among his peers. As a recognition of his abilities, David was selected to serve on various state level task forces dealing with specific public health issues. Additionally, he served as President of the New Jersey Health Officers’ Association as well as the Monmouth, Somerset and Mercer County Health Officer Associations. In 2010, the City of Trenton needed an interim Health Officer and turned to David who took this on as an additional duty. During this time he restructured the Trenton Health Department so as to significantly increase the level of service delivery and, through grants and increased activity was able to generate significant increased revenue for the department.

David also enjoys educating current and future public health officials. He serves as a lecturer and instructor at the Rutgers University, Edward J. Bloustein School of Planning & Public Policy and at the UMDNJ, School of Public Health.

“I am truly excited about the challenge of working in a much larger department,” said David. “I look forward to serving the citizens in the MCRHC jurisdiction in order to improve public health and awareness in our communities”.

The Monmouth County Regional Health Commission, now in its 77th year of service, is the oldest and largest of health commissions and has grown to be one of the largest inter-municipal public health departments in New Jersey. MCRHC provides required public health services such as restaurant, recreational bathing, camp, septic and well inspections, communicable disease reporting and investigations, flu and rabies vaccinations, as well as a variety of other services. We are proud of our record of service and pledge to continue in the pursuit of the two related goals of quality and value.